Reporting from the Writers' Weekend at the Mark Twain House 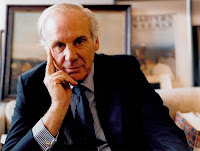 Keynote with Lewis Lapham
Editor emeritus of Harper’s and editor of Lapham’s Quarterly
== His essays in Harper's were speculation on the current market and ideas. As editor he tried to hear the voice of each writer and to help him or her find what it was they were struggling to say. The subject, or political point of view of the piece weren't his first concern. Articles came out of a conversation between him and the writer. He didn't want to tell writers what to write and didn't want articles that were a result of a formula.

-- Good writers are willing to take advice.Good editors will take the time to give it. Good writers are grateful to receive it. Vanity won't hear criticism.
-- On the future of publishing:
Magazines will get smaller in circulation and more expensive in price. Those which survive will be the ones that find an audience. That audience doesn't has to be large to support the magazine.
Publishing now is set up on a corporate model geared toward making money, not publishing the best works. Smaller, independent imprints will survive.  The independent bookstore will flourish as the number of chain bookstores declines. The trend will be toward writers going directly to the audience through self publishing.
-- On writing advice:

The person who wants to be a writer will be a writer in spite of any advice. A writer can't be deterred. It's an adventure.
-- There is power in the written or spoken word. In the beginning was the word -- it is where everything begins. 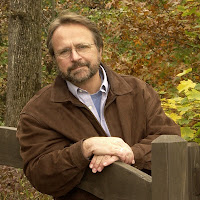 Kickoff Speech 'The Craft' by John Cinch, author of 'Finn and Kings of the Earth'
What people don't (or won't) tell you:
-- Write because you must. You know you are a writer if you keep writing. It is easy to get discouraged. It is helpful to have someone who believes in you.
-- Decide what your goal is; keep improving. Don't be afraid to throw things away.
-- Write about what matters to you -- what you know and care about.
-- Read. Support other writers and bookstores. Read to expand your brain and to expand your respect for other people.
--Find a voice. It is how you want to sound. It can change.
-- Ignore advice you don't understand fully; ignore simplistic advice; take all advice with a grain of salt; get advice from lots of different people.
-- Pay attention to pacing. With today's short attention spans, get to the point quickly.
-- Create vivid scenes for readers by immersing yourself in them.
-- Write toward an appropriate length.
Can Writing Be Taught?
Panel moderated by MTH's Steve Courtney featuring Lary Bloom, Susan Campbell, Carmen English, Susan Levine, Barbara Wysocki
-- Generally agreed that the desire to be a writer is innate, but the craft can be taught.

-- Take classes, read the work of others. Learn about how people communicate and tell their stories.
-- Everything that happens to you today is a story you are trying to tell. Find ways to get people to listen to the story.

-- Write the most uninteresting, boring paragraph you can, or the most unpromising beginning to a story you can imagine. In the process, you will learn a lot about writing.
Playwrights Panel
Featuring Pulitzer-Prize Winners Alfred Uhry, A. R. Gurney and Donald Margulies. Moderated by Howard Sherman.
On the process of their writing:

Gurney: Has the habit of writing by 9:30 every day. Takes the weekends off. Finds that much like a runner, he misses it if he goes a day without writing.
Margulies: Once felt he had to start the day looking at a blank page, but he stayed at home when his wife went back to work after their son was born and though there was a nanny, he soon found his schedule organized around his child. He labels his drafts "Bad First Draft," then can be surprised if they turn out to be any good.
Uhry: The process is slow for him. He can't control writing. He has no idea where his work comes from. The characters have to start talking to him.

On how they know whether what they are writing is good:
Margulies: He doesn't show anything unfinished to his wife. One "huh" can throw him behind for weeks. He organizes a reading so he can hear the characters voices and to hear them interact.
Uhry: Is shy about showing his work before it is finished.

Gurney: Every play has its own trajectory. Playwriting is a highly collaborative business -- he often is thinking of who might play a role while writing it.
On who or what influenced their desire to be a writer:
Gurney: Always wanted to write. He remembers handing pages to his first-grade teacher.
Margulies: Has a visual art degree, but the first play he saw of his produced in college was life-changing. he wrote for Stiller and Meara for a while.

Uhry: His mom loved theater. In the theater, in the dark, just before the curtain goes up, he still gets excited.
Who are some newer, promising playwrights they like?
Margulies: Annie Baker (Circle Mirror Transformation); Amy Herzog (4,000 Years); Stephen Karam (The Sons of the Prophet).
Gurney: Leslye Headland (Assistance), Will Eno (The Realistic Jonses -- opening this week at Yale Rep); Adam Rapp (The Hallway Trilogy)
Uhry: Daniel Goldfarb (The Retributionists)
Posted by LaurenYarger at 8:06 AM

Lots of great practical advice. Thanks for sharing your notes!