As Summer Sun Cools Down, Connecticut Theater Stages Heat Up

By Lauren Yarger
The lazy, hazy days of summer are coming to an end (none too soon for those of us who aren’t fans of humidity), but that doesn’t mean there won’t be some hot shows turning up the heat of Connecticut theater stages this Fall.

As always the state’s professional theaters offer a wide range of plays and musicals and this season audiences will have the chance to see a number of premieres across Connecticut. Here are some highlights of the productions I most am looking forward to this Fall.

Martin has a long affiliation with Long Wharf. His plays Picasso at the Lapin Agile and The Underpants have had runs there. Meteor Shower is a co-production with the Old Globe in San Diego (where Bright Star got its start). It is extended in California through Sept. 7 and then will play here in New Haven Sept. 21-Oct. 16.  Craig Bierko is the only casting announced for Long Wharf so far.

The plot involves two couples getting together for some stargazing. What really takes place, in Martin’s silly/savvy style, is “an absurdist look at the comic anxiety lurking just beneath the surface of modern marriage.” Gordon Edelstein directs. 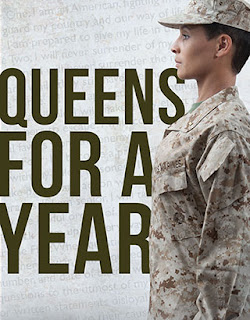 HARTFORD STAGE
In another world premiere, Hartford Stage shows why it was the recipient of a Seal of Approval from the recently formed Connecticut Chapter of the League of Professional Theatre Women with Queens for a Year featuring an all-female cast in a play by female writer T.D. Mitchell (a writer on TV’s “Army Wives”), directed by Lucie Tiberghien Sept. 8-Oct. 2 .

THEATERWORKS
Academy-Award winner Richard Dreyfuss (“Jaws,” “Close Encounters of the Third Kind,” The Goodbye Girl,” “Mr. Holland’s Opus”) will play Albert Einstein in Relativity, a new play by Mark St. Germain Oct. 7-Nov. 13.  The author of Freud’s Last Session, Dancing Lessons and Becoming Dr. Ruth tackles Albert Einstein in his latest work.  It seems Albert and Mileva Einstein had a baby daughter who disappeared after 1904. When a young reporter confronts the genius years later at Princeton, Einstein must face his greatest challenge: his past.  St. Germain, who is known for plays that make us think, asks the question “To be a great man, does one first need to be a good man?”

YALE REPERTORY
Scenes From Court Life (or The Whipping Boy And His Prince) by Sarah Ruhl  was commissioned by the theater and kicks off its 50th anniversary season Sept. 30-Oct. 22. Mark Wing-Davey directs  the play about two political dynasties: the Stuarts with Charles I and Charles II defending their divine rights with the help of a whipping boy in 17th-Century Britain, and the Bushes: Jeb and George W., who in recent times, battle for power as siblings and in US politics.

Perhaps even more interesting to me is Seven Guitars, the fifth chapter in August Wilson’s Pulitzer-Prize winning cycle studying 20th-Century African-American experiences in Pittsburgh which will get a runat Yale Rep Nov. 25-Dec. 17.

GOODSPEED
For fans of Judy Garland, Goodspeed offers a brand new musical Chasing Rainbows: The Road to Oz Sept. 16-Nov. 27. Broadway actress Ruby Rakos stars in a look at Judy Garland when she was just “the girl with the great big voice”  -- before  “Meet Me in St. Louis,” “Easter Parade” and “A Star is Born” made her a legend. With a book by Marc Acito (Broadway’s Allegiance) the show is filled with many of the songs Judy sang adapted by David Libby.  Judy Garland historian and author John Fricke serves as Creative Consultant and Historian for the project, which was conceived by Tina Marie Casamento.

Tyne Rafaeli directs, Chris Bailey choreographs and Michael O’Flaherty, who is in his 25thseason at Goodspeed, music directs.

IVORYTON PLAYHOUSE
I might not be looking forward to another production of Man of La Mancha (it’s overdone and not one of my favorite stories) except for the casting of this Don Quiote.  Rich baritone David Pittsinger, who wowed us Emile last season in South Pacific, returns to the Playhouse to star in this production Sept, 7-Oct. 2. “The Impossible Dream” will make this worth the ticket price. The music by Mitch Leigh (with lyrics by Joe Darion) are the highlight of this play within a play about a guy who fights windmills with his sidekick Sancho (Brian Michael Hoffman ) and defends a woman he is convinced is his love (played by Talia Thiesfield). David Edwards directs; Todd Underwood choreographs.

CT REPERTORY
A production of King Lear (Oct. 6-16) will coincide with the Folger Shakespeare Library’s national tour of First Folio! The Book that Gave Us Shakespeare which will be displayed Sept. 1-25 in the William Benton Museum of Art. King Lear will be directed by Dale AJ Rose. CT Rep is the producing arm of the Department of Dramatic Arts at the University of Connecticut, Storrs. Productions feature student performers and are directed, designed by, and cast with visiting professional artists and student artists.

It is a busy Fall at MTC. The season continues with Sleuth Nov. 4-20, and longtime community theater favorite It’s a Wonderful Life: A Live Radio Play, adapted by MTC'S own Joe Landry, Dec. 9-18.

PLAYHOUSE ON PARK
Susan Haefner directs another Connecticut staging of Alan Menken and Howard Ashman’s musical Little Shop of Horrors Sept. 16-Oct. 16. No matter how many times I see this musical (and it is a lot), I enjoy the catchy score which includes “Somewhere That’s Green” and “Suddenly Seymour.” 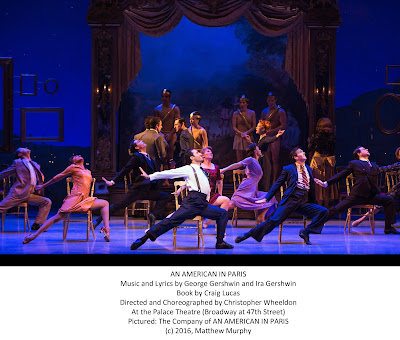 THE BUSHNELL
Acclaimed director/choreographer and 2015 Tony Award® winner Christopher Wheeldon blends George and Ira Gershwin tunes, dance and movie magic in the award-winning An American in Paris which makes a tour stop in Hartford Nov. 15-20. The Broadway production blew me away.

SEVEN ANGELS
The Connecticut premiere of  A Room of My Own, a semi-autobiographical comedy by Charles Messina (who also directs) revolves around a writer who grows up in a wacky Italian-American family. The play, which had a run Of-Broadway last season, runs Sept. 22-Oct. 16.

Following is He Wrote Good Songs Nov. 3-27. This story of Anthony Newley, the British actor, singer, song-writer, director, who created songs like "Goldfinger," "What Kind Of Fool Am I," "Who Can I Turn To?", "Gonna Build A Mountain" and "Candy Man," was conceived and written by Jon Petrson (who brought his fine Song and Dance Man show to Seven Angels some years back.
Posted by LaurenYarger at 12:05 PM