Dinner Cruise Followed by Fun at the Forum

Menu offerings may include the Lady Katharine Signature salad and choice of entrée and a side, including pork loin with port sauce, beef tips, breast of chicken marsala, baked filet of sole or salmon, or chef’s pasta choice and a dessert special of the day.

After dinner, guests disembark at the Goodspeed dock for the evening’s performance of A Funny Thing Happened on the Way to the Forum. Comedy reigns when a thoroughly disarming slave named Pseudolus schemes to gain his freedom by helping his master’s son get the girl he desires. It’s an accelerating whirl of mixed identities, swinging doors, double takes, double entendres, outrageous puns and gags that will keep you laughing all the way home. Winner of tons of Tony Awards including Best Musical.

Patrons will be able to park at the Goodspeed lot and board the boat from the Goodspeed dock. Plan your arrival for one half hour before sailing. There is a cash bar on the boat. Dress on the boat is the same as for the theatre.

Posted by LaurenYarger at 12:41 PM No comments:

Attention singles! Avenue Q, the Tony award-winning Broadway musical and quintessential ode to the plight of twenty-somethings finding their way in life and love, invites area singles to the Avenue Q Endless Summer Party at the Coco Key Indoor Water Resort, at the Holiday Inn, 3580 East Main St. in Waterbury, from 6 to 9pm Thursday Oct. 1.

The party will be hosted by 96.5TIC FM personalities Damon Scott and Gina J and is a prelude to the national tour of Avenue Q’s three performance engagement at Waterbury’s Palace Theater on Oct. 16 and 17.

Endless Summer Party attendees will have the chance to mix and mingle, while enjoying refreshments, dancing, a speed-dating session conducted by Scott, and other contests to win tickets to see Avenue Q at the Palace, as well as a variety of other prizes. The Coco Key Water Resort attractions also will be available to party guests, who want to make a bigger splash.

Tickets, which are $20 and include two wine or beers per guest, are available at the door on the night of the party or in advance at the Palace Theater Box Office. Tickets may also be purchased on line at palacetheaterct.org and will include a small handling fee. Part of the proceeds from the event will benefit the non-profit theater’s Annual Fund.

For more details about the party or to purchase tickets for the party or Avenue Q, visit www.palacetheaterct.org, call the box office 203-755-4700, or listen to 96.5 TIC FM beginning September 21.
Posted by LaurenYarger at 1:47 PM No comments:

Jerry Dunklee, a journalism professor at Southern CT State University and a member of the Nathional Ethics Committee for the Society of Professional Journalists will head a panel discussion on ethics sponsored by the Connecticut Critics Circle 7 pm Wednesday, Sept. 23 at the Stratford Library, 2203 Main St.

The discussion in open to the public and questions may be submitted in advance to David Rosenberg, CT Critics Circle secretary, at DAVARLEN@aol.com.

Dunklee has more than 40 years experience as a broadcaster and teacher. He has worked as a news reporter, news director, program director, disc jockey, and talk show host on radio, TV, and cable. Among the stations he has worked at are WELI in New Haven; WABC and WMCA in New York; and WMEX and WWEL in Boston. Dunklee's work has been published in the New York Times, Hartford Courant, New Haven Register, The Communicator, and Quill, the national magazine of the Society of Professional Journalists (SPJ). He is a member of the board of directors and a past president of the Connecticut Chapter of SPJ.

The Connecticut Critics Circle, founded in 1990, is a statewide organization of reviewers, feature writers, columnists, and broadcasters who cover theater in the state. The organization honors outstanding contributions to CT theater with an annual awards program. For more information and to read some of the current reviews by members, visit http://www.ctcritics.org/about_us.html.
Posted by LaurenYarger at 5:00 AM No comments: 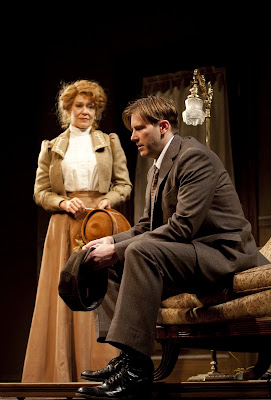 Read the review of part one of Hoorton Foote's play clycle at Hartford Stage here.
Posted by LaurenYarger at 5:07 PM No comments:

Yale School of Drama (James Bundy, Dean; Victoria Nolan, Deputy Dean) announces its 2009-10 season, three plays that offer radically different, and equally provocative, views on what it means-and what it costs-to desire, to love, and to be truly alive: PHÈDRE by Jean Racine, LA RONDE by Arthur Schnitzler, and Virginia Woolf’s ORLANDO adapted by Sarah Ruhl.

Summary: In Phèdre, Jean Racine's 17th-century “fairy tale for fools,” the gods wield love as a weapon, using it to turn the world upside down. To ravish it. Queen Phèdre, dying from an uncontrollable love for her stepson Hippolytus, savagely wages war against herself and her own fate. Politics and passions, the mind and the body contaminate each other as a cursed family struggles to navigate a labyrinth of dangerous secrets and unspoken desires. When love unleashes the monster within, is there any hope of salvation?

LA RONDE
By Arthur Schnitzler
Translated by Carl R. Mueller
Directed by Jesse Jou
Dec. 12-17, University Theatre
Summary:
In ten amorous dialogues, La Ronde captures the erotic world of fin de siècle Vienna, where prostitutes cavort with counts, wives seduce louche young gentlemen, and husbands cheat with Sweet Young Things. Schnitzler’s penetrations into the tangle of sex, love, and power – That Thing – affirm La Ronde as a humanist masterpiece. Today, post-Freud, That Thing is like a particle in quantum physics whose nature eludes every attempt to describe it. Cracking Schnitzler’s atom will set off not a nuclear explosion, but a cascade of glittering shrapnel that will reflect the desperation and joy of being human.

Virginia Woolf’s ORLANDO
Adapted by Sarah Ruhl
Directed by Jen Wineman
Jan. 26-30
Iseman Theater, 1156 Chapel Street
Summary: One lifetime isn't enough. One body isn’t enough.
After living 200 years as a handsome English nobleman, Orlando falls asleep and awakens—as a woman. In a dream or in reality, Orlando must now continue on in a body she does not recognize, but perhaps always sensed was her own. Sarah Ruhl's adaptation of Virginia Woolf's semi-autobiographical novel examines time's relentless drive forward and our instinct to fill each moment of life with poetry, imagination, passion, and eroticism.

Yale School of Drama is creating a series of behind-the-scenes videos that follows the creative process from rehearsals to performance, and also includes interviews with the director, cast, and other members of the creative team. The videos will be available at drama.yale.edu, YouTube, and Facebook.
Posted by LaurenYarger at 5:00 PM No comments: 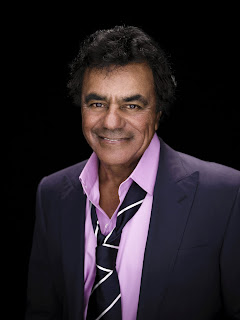 Johnny Mathis will bring his signature vocals to Waterbury during a special concert event sponsored by Bank of America at the Palace Theater in Waterbury, on Thursday, Sept. 24, at 7:30pm. The one-night-only event kicks off the theater’s Fifth Anniversary Gala Season and will feature two celebratory pre-show party opportunities.

Forty-one years after The Living Theatre's now legendary performance of Paradise Now at Yale Repertory Theatre in September 1968, which ended in the arrest of 10performers and audience members for public indecency, co-founder and Artistic Director Judith Malina returns to New Haven for a two-day residency at Yale School of Drama, Sept. 14-15.

Malina will be joined by Living Theatre General Manager and Archivist Thomas S. Walker and Administrative Director Brad Burgess for a series of classes and workshops with Yale School of Drama students.

In addition, free public screenings of "Signals Through the Flames and Resist!" documentaries about the work of The Living Theatre, will be held at Yale Repertory Theatre (1120 Chapel St., at York Street) on Sept. 14 and 15 respectively at 7:30 pm. The screenings will be followed by discussions and book signings with Malina, Walker and Burgess.

Yale’s Beinecke Rare Book & Manuscript Library has acquired the archives of The Living Theatre. This collection documents the administration of the theatre, its stage productions, and its relationship to other avant-garde and radical cultural and political movements in the United States and Europe from the 1960s to the present. Also included are extensive diaries and journals of Malina and the late Julian Beck, as well as their personal papers and writings.
Posted by LaurenYarger at 9:11 AM No comments:

Long Wharf Theatre is hosting an American Red Cross Blood Drive sponsored by News Channel 8 and My TV 9 on Friday, Sept. 4 from 8 a.m. to 6:15 p.m.

The theatre is located at 222 Sargent Drive, towards the rear of the Food Terminal. Those interested in donating blood should plan to stay for about an hour. A Red Cross employee will have a brief discussion with potential donors to determine eligibility. Juice and snacks will be available to those who donate. Long Wharf Theatre will offer each presenting donor a voucher for $5 off a ticket to any of its 2009-10 shows.

This is the third consecutive year a blood drive has been held at the theatre and the first time News Channel 8 and My TV 9 has sponsored one of them.
Posted by LaurenYarger at 9:08 AM No comments: