Chita Rivera is scheduled to give a special tribute to Hal Prince at the 22nd annual Broadway Blessing 7 pm Monday, Sept. 16 at St. Malachy's Church (The Actors' Chapel).

Performers from other Broadway and Off-Broadway shows, including Ain’t Too Proud, Fiddler on the Roof, Phantom of the Opera, Lion King, Desperate Measures, and Hair are scheduled to participate as well.  The Broadway Blessing Choir and instrumentalists are under the direction of Stephen Fraser.  George Drance, SJ (La MaMa, Magis Theatre), will emcee again this year. The evening will culminate with a moving candle-lighting ceremony led by clergy from various churches and the rabbi from the Actors’ Temple.

St. Malachy's, the Actors' Chapel, was founded in 1920. It is a spiritual oasis in New York’s heart for Broadway artists and fans alike. Chiming “There’s No Business Like Show Business” every day, a half hour before curtain, the chapel has welcomed such theater greats as George M. Cohen, Douglas Fairbanks, Rudolph Valentino. Florence Henderson, Elaine Stritch, Danny Thomas, Bob and Dolores Hope, Antonio Banderas, Liam Neeson,and countless others. Under the leadership of Fr. John Fraser (pastor) and Stephen Fraser (director of music) it continues to offer programming to the Broadway community and develop the talent and work of the next generation of Broadway stars.

The Broadway Blessing is produced by Tony-Award-winning Producer Pat Addiss and Kathryn Fisher. Designed as a program of song, dance and story to celebrate the spirit of the new theater season, the annual Broadway Blessing was founded by theater writer Retta Blaney in 1997.
Posted by LaurenYarger at 1:12 PM No comments: 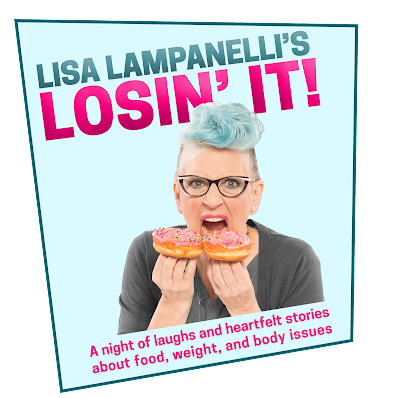 Presenters have been selected for the second season of 2ND ACT, the Palace Theater’s acclaimed speaker’s series that features stories by people post age 50, who are doing some extraordinary things after mid-life.

Among them are Pat Addiss, a Tony-Award-winning Broadway producer based in New York, who will kick the series off on Sept. 17 with her presentation, "Necessity is the Mother of Reinvention," and Lisa Lampanelli, a life coach formerly known for her acerbic comedic style, who will present her new show Losin’ It on the main stage of the theater on Nov.16.

The series may be purchased in its entirety, as a five-presentation option, individually or by adding on Lampanelli’s show. All presentations with the exception of Lampanelli’s include light fare pre-show and are held in the intimate space of the Poli Club on the venue’s second floor. A cash bar will be available. Tickets: www.palacetheaterct.org; 203-346-2000; Box Office, 100 East Main St., Waterbury.

Part inspirational, aspirational, experiential and comical, these after-50 life stories will ignite the audience member’s own imaginations and a desire to become part of a growing community of 2ND ACTers! As one regular attendee has commented, ‘you always leave with a nugget to ponder’. Series Creator Sheree Marcucci, marketing and public relations officer for the theater, states “we are living much longer than past generations and are expecting our later years to be as rich and vivid as possible. This series, and many like it popping up all over the country and world, attest to this- we are as a group, just not going quietly into that good night!”

The presenters, chosen by a selection committee who viewed short videos of presenter candidates, are engaging and have a personal story that will inspire others as they share how they pursued a passion, dream or championed a cause after the age of 50.

Necessity is the Mother of Reinvention

How does a woman break into the tough world of showbiz as a Broadway Producer at an when most are looking to retire? After 30 years running her own promotions company hear Broadway producer Pat Addiss tell her gutsy story. They say that necessity is the mother of re-invention… 40 years ago putting food on the table for her children after her husband left was just the beginning of her many fascinating incarnations.

The Stranger in the Mirror

Jillian is a 58-year-old transgender woman who transitioned from male to female three years ago. Growing up, the person staring back in the mirror was not her…it was a stranger. She will share her personal journey of starting life over again as her authentic self by discussing her challenges, hardships and victories. Since transitioning, she has become an advocate for the transgender community and speaks at various venues, including: conferences, universities and medical centers. She has returned to college to obtain her master's degree in psychology to become a counselor for the LGBTQ+ community, and recently finished an internship at the Yale Gender Program.

Lisa Lampanelli’s LOSIN’ IT! is an intimate collection of humorous observations and real-life stories curated and performed by Lisa and a few of her friends. Inspired by her work with The Moth Radio Hour, Lisa has created a heartfelt theatrical evening focusing on the issues of weight, body image, and “losin’ it!” Performed in the spirit of The Vagina Monologues and Love, Loss and What I Wore, Lisa and friends enchant theatergoers with hilarious, touching anecdotes about their own weight struggles, and lively audience interaction.

“I decided stand-up comedy really wasn’t for me anymore. It wasn’t making my heart happy. So, I created LOSIN’ IT! a show using comedy to talk about weight and body issues, which are things I’ve struggled with for years," she said. "This is so much more fulfilling!”

Change in the Blink of an Eye

Life can change in the blink of an eye. The secret to living life more joyously and peacefully lies in our ability to choose how we respond to situations that challenge us. Learning to shift how you view any situation is the key.

Tanya Detrik’s backstory is one of post-traumatic growth. At a moment of extreme stress she was gifted the realization that making a simple shift in her perspective catalyzed instantaneous mental and emotional relief.

That discovery more than ten years ago has transformed her life, never more so than in 2019 with the death of her husband.

Her message is that it is not necessary to experience trauma in order to be inspired to see life through different lenses, and that the ability is liberating and life enhancing. See what you may have been missing.

Listen to Your Heart

2ND ACTs typically come from the heart. Karenna Alexander should know. She's a dating and relationship expert, and former matchmaker, who helps women find love. Her 2ND ACT came about after conquering dating dilemmas of her own. If you’re looking for love in all the wrong places, come hear her share the secrets of finding love in the 21st century.

Things To Do When (They Say) You Can’t

Shortly after her 57th birthday, Kate Katcher read an NY Times article that revealed that women over 55 who fall out of the workplace will most likely not get back in. She had just fallen. With retirement not an option and no prospects, Kate turned to the one person she could rely on: herself. Over the next eleven years, she created a blog, a theatre company, pursued and acquired two University teaching jobs, served elite clients in the luxury suites of Madison Square Garden, and returned to school for a Master’s Degree. Follow her journey over hurdles and through closed doors. Performance (script in hands) of a short playlet is part of this presentation.

Author, actor. standup comedian and improv performer Jack Levine feared being bored in retirement. So, when he finally retired as chief financial officer of a school district at 72, he decided to try the performing arts and found the journey to be awesome. Jack will use stand-up comedy, improv, comedy sketches, personal storytelling and acting to entertain as he offers insights and inspiration to his audience to try something new, creative and fun.

The Gift of Rudy: A Second Chance

While Sharon Ruchman has always loved music, studying voice and piano since childhood, she felt pressure to become something that she was not ready to become. Stress and anxiety took the joy out of learning until about four years ago when her great uncle’s viola from 100 years ago found its way to her. Sharon felt compelled to learn and play it, and as a result, her creative floodgates opened. Today, she’s composing everything from chamber music to tango, believing that it is never too late to do something fabulous.

Inspired by the famous quote by Ghandi and deeply affected by her own experience, Donna wants to empower people to fight back against injustice and become the change they want to see in the world. Donna shares her personal insights into what allowed her to make the choices she did, and how she sought guidance along the way. Using her story as a case study, she explores not only the fight against sexual assault, but draws on her experience as a business woman and the challenges she faces in that role as well, to move her audience to action on behalf of themselves and the greater good.

Don’t Just Dream it, Live it!

RICH Cyr was born with cerebral palsy, given the last rites three times, was told that he would never walk or talk, and encountered many obstacles during his life.

He is now living the life that he always dreamed of.
Posted by LaurenYarger at 1:50 PM No comments: