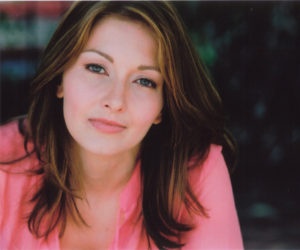 For one panelist at a recent event to launch Connecticut chapter of the League of Professional Theatre Women, talking about gender parity and the need to have more women writers, directors and issues represented on stage wasn't a one-time conversation. For T. D. Mitchell, author of Queens for a Year wrapping up its highly acclaimed world premiere to open the season at Hartford Stage, the topic is a passion.

She knows first hand about the disadvantage women can experience in industries still controlled by men. The former writer for TV's "Army Wives" and author of numerous plays (Beyond the 17th Parallel, Gray Matter) shared stories about how using her initials, instead of a name that gives away her gender, can been a tool. The feminist in her has felt a call to tell the stories of women from a women's perspective. In fact, when she was in negotiations to premiere Queens for a Year, a tale on multi-generations of women from one family in military service, she insisted that a woman direct and was happy that she met no resistance to that idea from Hartford Stage's Artistic Director Darko Tresnjak. The outcome was hiring Director Lucie  Tiberghien, whom Mitchell praises. 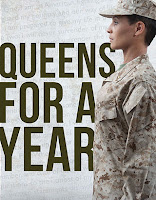 Tiberghien was on the same page with her throughout, Mitchell said, even when those pages -- especially for the ending -- changed. The director wasn't uncomfortable with leaving some ambiguity and asked the audience to listen with attention to detail, which was crucial to her own storytelling needs, Mitchell said.

Some of the inspiration for Queens for a Year came from research for her play On the 17th Parallel, which dealt with Viet Nam vets. She realized that females serving in the military and vets have their own unique stories and place in US history, but they are absent in our culture. They needed their own play, she decided.
That need and a random conversation with a veteran expressing concerns about his own son now deployed overseas, morphed into Queens for a Year, which focuses on a Marine (played by Vanessa R. Butler) trying to help a younger Marine (Sarah Nicole Deaver), who has been assaulted by members of her own troops while serving in Iraq. The women encounter intimidation from superiors to drop the matter and threats against their lives.

It's an intellectual piece which juxtaposes a sense of patriotism -- the Marine is a product of generations of women who have served, including feisty great grandmother who folded parachutes in World War 11 -- with a rethinking of just what kind of behavior is acceptable from Americans in wartime or in peace.

Focusing on a family with multiple generations of service wasn't just a means of exploring women's issues, Mitchell said. Without a draft, the percentage of citizens serving in the military is small, and among them, there is a high percentage of "legacy joins" where service is a family tradition. It also gave her room to explore how women's role in the military has changed over the years. Back in the great grandmother's generation, women often served at home while waiting for their men to return from war. Today, a women is fighting along side the men in combat, but at what price?

At the very least, the cost may be the elimination of femininity. In a dramatic scene, we see the main character stripped to her skivvies, then dressed in full Marine uniform as she recites the Marine Code of Conduct. She is hardly recognizable as a woman when she is done.

This idea of woman having to give up her feminism to be equal is echoed in the inclusion of Greek mythology into the storyline. The myth of Caenis, a young nymph who having been raped by Poseidon, asks to be transformed into a man so that can never happen to her again, came to Mitchell unexpectedly during her research on female warriors for the play, though it could have been a direct inspiration for Queens for a Year.  The attempt to remove femaleness doesn't provide a perfect solution in the play, or in the myth for that matter.

But then the issues of equality and gender parity haven't  been solved in out society either. The hanging questions caused Mitchell to wonder how her play should end. It changed four times as she sought to find a way to blend internal conflicts with a need for justice. The result is a thought-provoking play I called a "boot camp for the mind" in my review. The ending, Mitchell, says, seems inevitable to her now, "even if it's not the one we want."