Paulette Haupt Will Be Honored at CT Critics Circle Awards 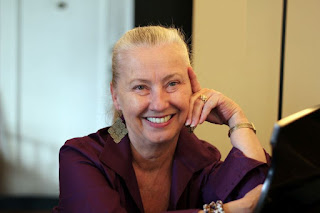 Paulette Haupt, founding artistic director of the Eugene O’Neill Theater Center’s National Music Theater Conference in Waterford, will be honored with the Connecticut Critics Circle’s Tom Killen Award, given in recognition of her 40 years of extraordinary achievement and service to Connecticut theater.

Haupt will be presented with the award on June 26 at the 27th annual event celebrating the state’s outstanding professional theater, which will be held at the Edgerton Center for the Performing Arts at Sacred Heart University in Fairfield. The event, scheduled to begin at 7:30 pm, is free and open to the public. Three-time Tony Award-nominee Terrence Mann will be master of ceremonies

Since 1978, Haupt has served as artistic director of the National Music Theater Conference at the Eugene O’Neill Theater Center. In that capacity, she has selected and guided the development of more than 120 new musicals including Nine, Avenue Q, Violet, The Wild Party, In The Heights, and Darling Grenadine, which will be performed at Goodspeed Musicals’ Norma Terris Theatre in Chester later this summer.

Following her San Francisco Opera debut in Carmen, for more than three decades Haupt was a music director and conductor of numerous operas and musicals in the US and abroad. As a pianist, Haupt has appeared worldwide in concerts with renowned musical theater and opera singers and was the only ‘Plaidette’ ever to perform in Stuart Ross’s Forever Plaid in New York.

Nominees for 2016-17 Connecticut Critics Circle Awards will be made public in early June. Winners in each category will be announced at the awards ceremony and will be posted on this site.

Posted by LaurenYarger at 11:13 AM